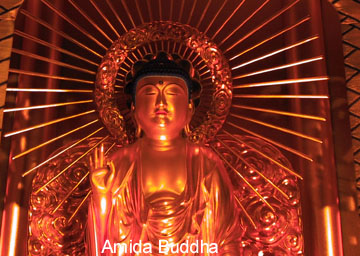 The history of the Seattle Betsuin officially began on November 15, 1901 when Rev. Kakuryo Nishijima performed the first Jodo Shinshu Buddhist service in the Pacific Northwest. Since that time the temple has grown through many changes. The current temple complex, dedicated on October 4, 1941, became, for example, the US Maritime Commission Office from May 3, 1942 until August 4, 1946.

Following this brief period in the history of the temple, the temple was able to grow again dedicating an auditorium in October, 1945, starting a Day Nursery Program and a Boy Scout Troop in 1948, and founding the Research Department headed by Grace McLeod and Yukiko Miyake in 1949. These and other activities of the temple were recognized by the mother temple in Kyoto, Japan—known as the Hongwanji or the “Temple of the Primal Vow”—and on March 11, 1954 the Seattle temple was elevated to Betsuin status.

More locally, the activities of the Betsuin and its historical impact in the Seattle area was recognized in 1986 when the Betsuin was included as part of the China town historic district which is registered in the national register of historic places.